The modern archæologist, though speculating ad infinitum upon the dolmens and their builders, knows, in fact, nothing of them or their origin. Yet, these weird, and often colossal monuments of unhewn stones — which consist generally of four or seven gigantic blocks placed together — are strewn over Asia, Europe, America, and Africa, in groups or rows. Stones of enormous size are found placed horizontally and variously upon two, three, four, and as in Poitou, upon six and seven blocks. People name them “devil’s altars,” druidic stones, and giant tombs. The stones of Carnac in the Morbihan, Brittany — nearly a mile in length and numbering 11,000 ranged in eleven rows — are twin sisters of those at Stonehenge. The Conical menhir of Loch-Maria-ker in Morbihan, measures twenty yards in length and nearly two yards across. The Menhir of Champ Dolent (near St. Malo) rises thirty feet above the ground, and is fifteen feet in depth below. Such dolmens and prehistoric monuments are met with in almost every latitude. They are found in the Mediterranean basin; in Denmark (among the local tumuli from twenty-seven to thirty-five feet in height); in Shetland, and in Sweden, where they are called ganggriften (or tombs with corridors); in Germany, where they are known as the giant tombs (Hunengraben); in Spain (see the dolmen of Antiguera near Malaga), and Africa; in Palestine and Algeria; in Sardinia (see the Nuraghi and Sepolture dei giganti, or tombs of giants); in Malabar, in India, where they are called the tombs of the Daityas (giants) and of the Râkshasas, the men-demons of Lanka; in Russia and Siberia, where they are known as the Koorgan;in Peru and Bolivia, where they are termed the chulpas orburial places, etc., etc., etc.

There is no country from which they are absent. Who built them? Why are they all connected with Serpents and Dragons, with Alligators and Crocodiles? Because remains of “palæolithic man” were, it is thought, found in some of them, and because in the funeral mounds of America bodies of later races were discovered with the usual paraphernalia of bone necklaces, weapons, stone and copper urns, etc., hence they are declared ancient tombs. But surely the two famous mounds — one in the Mississippi valley and the other in Ohio — known respectively as “the Alligator Mound” and “the Great Serpent Mound,” were never meant for tombs 1 (Vide infra). Yet one is told authoritatively that the Mounds, and the Mound or Dolmen Builders, are all “Pelasgic” in Europe, antecedent to the Incas, in America, yet of “not extremely distant times.” They are built by “no race of Dolmen Builders,” which never existed (opinion of De Mortillet, Bastian, and Westropp) save in the earlier archæological fancy. Finally Virchow’s opinion of the giant tombs of Germany is now accepted as an axiom: “The tombs alone are gigantic, and not the bones they contain” — says that German biologist; and archæology has but to bow and submit to the decision. 2

That no gigantic skeletons have been hitherto found in the “tombs” is yet no reason to say there never were the remains of giants in them.Cremation was universal till a comparatively recent period — some 80, or 100,000 years ago. The real giants, moreover, were nearly all drowned with Atlantis. Nevertheless, the classics, as shown elsewhere, often speak of giant skeletons still excavated in their day. Besides this, human fossils may be counted on the fingers, as yet. No skeleton ever yet found is older than between 50, or 60,000 years, 3 and man’s size was reduced from 15 to 10 or 12 feet, ever since the third sub-race of the Aryan stock, which sub-race — born and developed in Europe and Asia Minor under new climates and conditions — had become European. Since then, as said, it has steadily been decreasing. It is truer therefore to say, that the tombs alone are archaic, and not necessarily the bodies of men occasionally found in them; and that those tombs, since they are gigantic, must have contained giants, 4 or rather the ashes of generations of giants.

Nor were all such cyclopean structures intended for sepulchres. It is with the so-called Druidical remains, such as Carnac in Brittany and Stonehenge in Great Britain, that the travelling Initiates above alluded to had to do. And these gigantic monuments are all symbolic records of the World’s history. They are not Druidical, but universal. Nor did the Druids build them, for they were only the heirs to the cyclopean lore left to them by generations of mighty builders and — “magicians,” both good and bad.

It will always be a subject of regret that history, rejecting a priori the actual existence of giants, has preserved us so little of the records of antiquity concerning them. Yet in nearly every mythology — which after all is ancient history — the giants play an important part. In the old Norse mythology, the giants, Skrymir and his brethren, against whom the sons of the gods fought, were potent factors in the histories of deities and men. The modern exegesis, that makes these giants to be the brethren of the dwarfs, and reduces the combats of the gods to the history of the development of the Aryan race, will only receive credence amongst the believers in the Aryan theory, as expounded by Max Müller. Granting that the Turanian races were typified by the dwarfs (Dwergar), and that a dark, round-headed, and dwarfish race was driven northward by the fair-faced Scandinavians, or Æsir, the gods being like unto men, there still exists neither in history nor any other scientific work any anthropological proof whatever of the existence in time or space of a race of giants. Yet that such exist, relatively and de facto side by side with dwarfs, Schweinfurth can testify. The Nyam-Nyam of Africa are regular dwarfs, while their next neighbours (several tribes of comparatively fair-complexioned Africans) are giants when confronted with the Nyam-Nyams, and very tall even among Europeans, for their women are all above 6 ½ feet high. (Vide Schweinfurth’s latest works.)

In Cornwall and in ancient Britain the traditions of these giants are, on the other hand, excessively common; they are said to live even down to the time of King Arthur. All this shows that giants lived to a later date amongst the Celtic than among the Teutonic peoples.

If we turn to the New World, we have traditions of a race of giants at Tarija on the eastern slopes of the Andes and in Ecuador, who combated gods and men. These old beliefs, which term certain localities “Los campos de los gigantes“ — “the fields of giants,” are always concomitant with the existence of pliocene mammalia and the occurrence of pliocene raised beaches. “All the giants are not under Mount Ossa,” and it would be poor anthropology indeed that would restrict the traditions of giants to Greek and Bible mythologies. Slavonian countries, Russia especially, teem with legends about the bogaterey (mighty giants) of old; and their folklore, most of which has served for the foundation of national histories, their oldest songs, and their most archaic traditions, speak of the giants of old. Thus we may safely reject the modern theory that would make of the Titans mere symbols standing for cosmic forces. They were real living men, whether twenty or only twelve feet high. Even the Homeric heroes, who, of course, belonged to a far more recent period in the history of the races, appear to have wielded weapons of a size and weight beyond the strength of the strongest men of modern times.

“Not twice ten men the mighty bulk could raise,
Such men as live in these degenerate days.”

If the fossil footprints from Carson, Indiana, U.S.A., are human, they indicate gigantic men. Of their genuineness there can remain no doubt. It is to be deplored that the modem and scientific evidence for gigantic men should rest on footprints alone. Over and over again, the skeletons of hypothetical giants have been identified with those of elephants and mastodons. But all such blunders before the days of geology, and even the traveller’s tales of Sir John Mandeville, who says that he saw giants 56 feet high, in India, only show that belief in the existence of giants has never, at any time, died out of the thoughts of men.

1 We take the following description from a scientific work. “The first of these animals (the alligator) designed with considerable skill, is no less than 250 ft. long. . . . . The interior is formed of a heap of stones, over which the form has been moulded in fine stiff clay. The great serpent is represented with open mouth, in the act of swallowing an egg of which the diameter is 100 ft. in the thickest part; the body of the animal is wound in graceful curves and the tail is rolled into a spiral. The entire length of the animal is 1,100 ft. This work is unique . . . . and there is nothing on the old continent which offers any analogy to it.” Except its symbolism, however, of the Serpent — the cycle of Time — swallowing Kosmos, the egg.
2 It might be better, perhaps, for FACT had we more Specialists in Science and fewer “authorities” on universal questions. One never heard that Humboldt gave authoritative and final decisions in the matter of polypi, or the nature of an excrescence.
3 57,000 years is the date assigned by Dr. Dowler to the remains of the human skeleton, found buried beneath four ancient forests at New Orleans on the banks of the Mississippi river.
4 Murray says of the Mediterranean barbarians that they marvelled at the prowess of theAtlanteans. “Their physical strength was extraordinary (witness indeed their cyclopean buildings), the earth shaking sometimes under their tread. Whatever they did, was done speedily. . . . . . They were wise and communicated their wisdom to men” (Mythology, p. 4).

One thought on “Theosophy ~ GIANTS AND THE ASTOUNDING CONTRADICTIONS OF ARCHÆOLOGY” 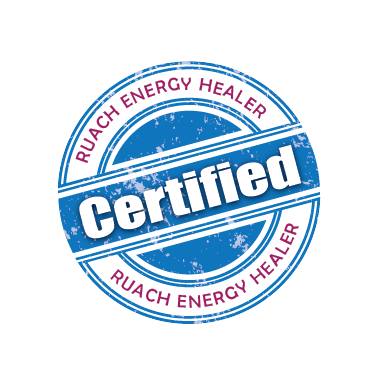