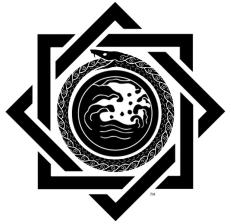 Everyone is from the Melchizedek consciousness, ultimately.  It is the direct connection and source to God.  But please understand, this does not mean that what these men have to offer humanity is not worthy or important. You must make that decision.  All of the Melchizedeks on Earth work through the ALPHA ET OMEGA, ORDER OF MELCHIZEDEK, the First Order of the Great White Brotherhood of Light. And, to clarify the word “Brotherhood”, there are both male and female members.  Gender has nothing to do with this work. There are 72 orders in the GWB, including the Priesthood.   — Drunvalo Melchizedek

—
We can assist you in remembering areas of knowledge, such as self-healing, Merkaba mechanics and multidimensional travel. BE  beyond the Fifth Dimension!  Exciting prospects abound, if you dare to Free Your Mind, Be Bold and Expand the horizons of Your Consciousness.
—
Our seven-level Seminary Program is for serious Practitioners of the Light dedicated to Service To Others viz., self-responsibility for expansion of one’s spirituality, as propagated through the guiding teachings of Lord Machiventa Melchizedek and The Urantia Book.  Correspondence students actively participate in weekly One-on-One mentorship meetings via Skype and Google+ Hangout.  Local member-students meet weekly at our physical location.