Of all my spiritual teachers, ayahuasca has been the wisest, and the toughest. She has taken me to heaven, hell, the universe and beyond – to my true essence…. 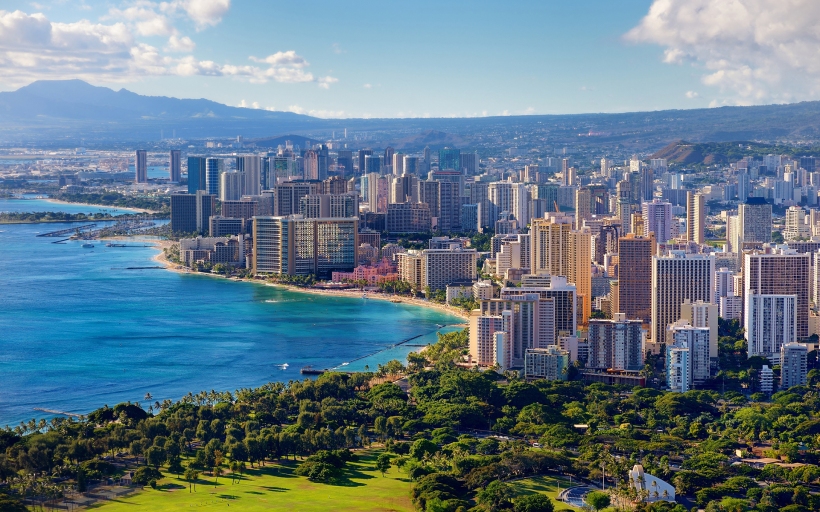 Dispensary sales of medical marijuana in Hawaii are beginning after patients waited 17 years for a legal way to purchase …. 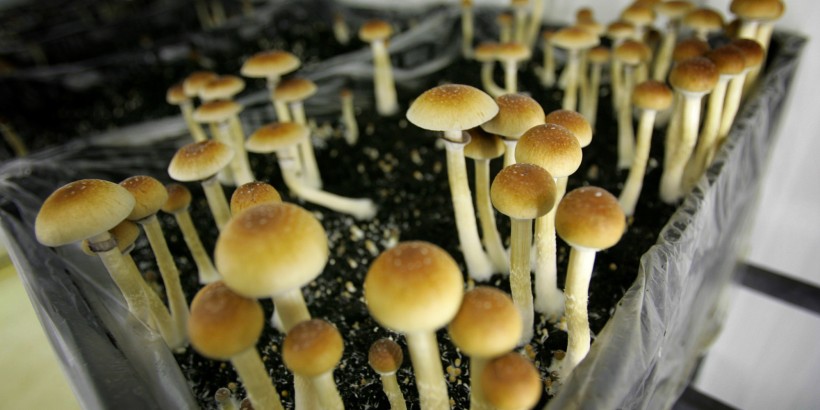 Researchers at John Hopkins University and New York University have convinced a group of religious leaders to try “magic” mushrooms in the name of science. The researchers will give two dozen pries…

The Five of Wands Reversed may come up when a disagreement is finally resolved.  You may be ready to admit you were wrong, or apologize to someone, or someone may apologize to you.  However, beware of smoothing over a situation to avoid conflict, as the issue may come up again and again until you confront it.  This card may also come up when you back down too quickly when faced with opposition.  Remember that challenging situations often have the most rewarding outcomes.  If you are finding a relationship dull, this card could indicate a need for increased competitiveness.  Play sports or board games together.  This card may also indicate inner conflict, like wanting to do two things that cannot both be done together.  Just for today, chances are you’re feeling feisty.  Today, you may get involved in a heated debate, or have a craving for some fun competition.  The warning is to not get too attached to winning — keep it light, have fun.  New ideas and strengthened friendships are possible.

The spiritual medicinal and magickal uses of the marshmallow plant, learn its secrets and how to use the herb.

“Your Vision Will Become Clear Only When You Can Look Into Your Own Heart.  Who Looks Outside, Dreams; Who Looks Inside, Awakes.” 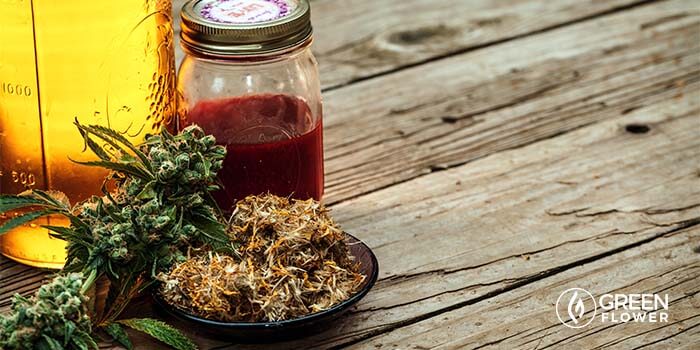 While governments remain restrictive and stubborn over cannabis legalization, science proves it should have NEVER been prohibited in the first place.

This is Lana … I can tell you from personal experience how powerfully life-changing taking ORME (orbitally rearranged monoatomic elements) daily has done to decalcify and fully activate my Pineal Gland and open up my clairsentient senses.  It truly is a material of great magic, and it has been around for centuries … since ancient times.  I must have listened to this video 100 times when it was first uploaded onto YouTube back in 2006 among other researching I did before I decided to try it on myself.  It’s truly a fascinating topic in metaphysics.  Enjoy this lecture.

This article offers an informational guide to psychedelics, and aims to clear up common mis/disinformation regarding their origins, benefits and effects.

Study participants consistently ranked their trip as one of their most meaningful life experiences.

Source: Why psychedelic drugs could be a treatment for mental illness – Business Insider 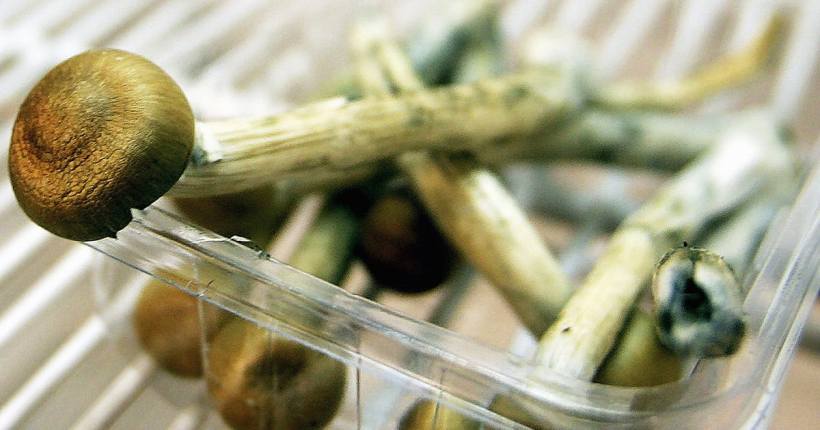 Using the medical marijuana movement as a playbook, “psychedelic societies” are pushing to destigmatize – and even legalize – magic mushrooms.

Source: Why Psychedelics Might Be Legalized Sooner Than You Think – Rolling Stone

Buddhism and Psychedelics: A Community Discussion with Kokyo Henkel and James Fadiman

On Saturday, October 20, 2012, Rev. Kokyo Henkel and James Fadiman, Ph.D., engaged a diverse crowd in Santa Cruz with a discussion about the similarities between psychedelic and Buddhist experiences.

Rev. Kokyo Henkel has been practicing Zen Buddhism since 1990 at Tassajara Zen Mountain Center, Green Gulch Farm Zen Center, and Bukkokuji Monastery in Japan. He was ordained as a priest and received Dharma Transmission from Tenshin Anderson Roshi, and is currently the Head Teacher at Santa Cruz Zen Center.

James Fadiman, Ph.D., author of The Psychedelic Explorer’s Guide: Safe, Therapeutic, and Sacred Journeys (2011) has been teaching about, working with and doing research on psychedelic and entheogenic experiences for decades. He has taught at Brandeis, San Francisco State, Stanford, and is now at Sofia University. 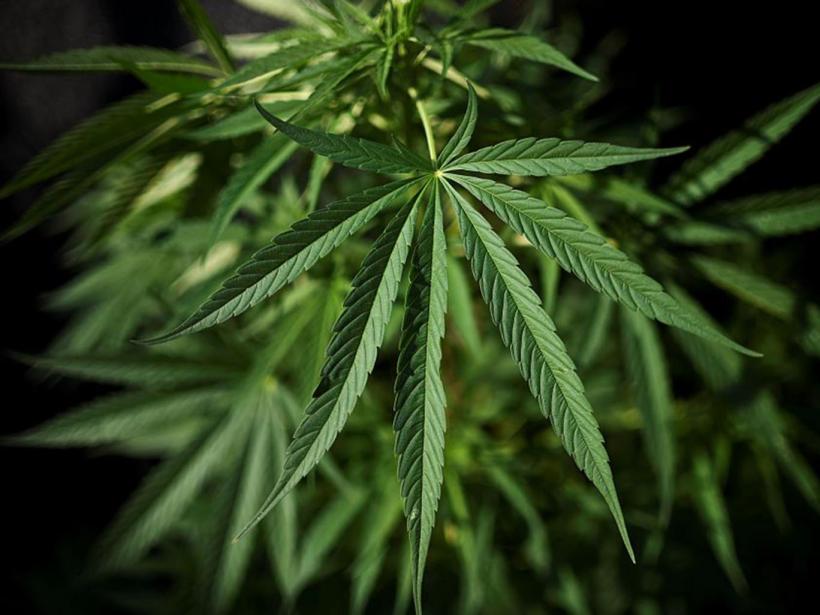 Positive reviews have been flooding in for the latest period painkiller, and it is not fish oil or a hot water bottle. Instead of stocking up on Nurofen, “marijuana tampons” are being packaged as the latest suppository.

Cannabis tinctures, also known as green or golden dragon, are alcohol-based cannabis extracts that are easy to dose and ingest sublingually or add to food and drinks.

Source: Cannabis Tinctures 101: What are They, How to Make Them, and How to Use Them – Leafly

Psilocybin has been shown to help addicts, but will the stigma of drug addiction halt research? 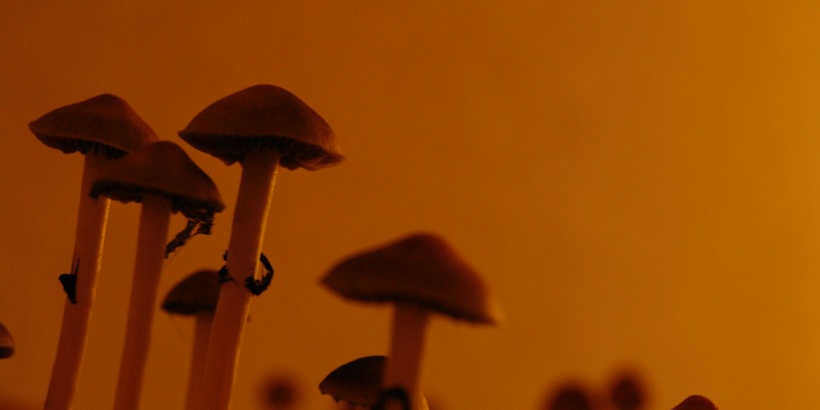 These exotic herbs are known throughout history to affect the dream state. Whether ceremonially or for divination, dream herbs have been utilized by many cultures in various ways for hundreds of years. Here is my top 10 I’ve discovered with a brief description.

1. Dream Herb (Calea Zacetechichi) – Used by the Chontal Natives of Mexico to Divine, Worship and heal. The leaf is said to give great clarity to ones dreams, as if you were speaking to god. It clarifies the senses and gives one a sense of euphoria. It brings about clear prophetic dreams that are often times positive guides to a better life or a clue to helping someone who is sick. Can also be used for Gastro-Intestinal discomfort and loss of appetite.

2. Xhosa Dream Root (Silene Capensis) – Silene Capensis, also known as undlela ziimhlophe by the Xhosa people of the Eastern Cape province of South Africa and has been used for thousands of years by African shamans. The plant is highly regarded as a sacred teacher plant and has been traditionally used with respect, intention and devotion. The root of the plant is used to induce very vivid prophetic lucid dreams, particularly during the initiation ceremonies of shamans and healers.

3. Mugwort (Artemisa Vulgaris) – Used by Europeans for hundreds of years, mugwort is used as a bitter tonic for the stomach and liver. It can be used in the treatment of parasites and worms. A great dream herb for deep dream healing. Sometimes it may give you darker dreams so you can learn more about yourself and further ones healing process. Great for dream recollection!

4. Guayusa (Ilex Guayusa) – Guayusa pronounced “Wayusa” is only of three Holly species known to contain caffiene, yerba mate (Ilex paraguariensis) being one of them and the other species is used in the making of a drink called “black drink”(Ilex Vomitoria). Guayusa is an excellent tasty and stimulating drink. Unlike other caffeinated drinks most people never experience the so called “Shakes” or “Jitters” associated with over caffeination. The indigenous people of Ecuador call it the “Watchmans plant” because it allows them to be sharp and focused during long hunting expeditions. Interestingly enough though it contains high content of caffeine, Guayusa is a well known dream herb used to induce vivid prophetic dreams.

5. Wild Asparagus (Asparagus Lucidus or Cochinensis) – Taoists claim that by consuming Wild Asparagus Root a person gains the ability to fly. This flying symbolizes the ability to rise above things that are mundane and is the freedom of Spirit that can be experienced when one has attained harmony. With prolonged use this herb makes the skin soft, supple and smooth. It is also known for its dream enhancing effects. Many people report dreams in which they are flying or soaring through the sky and some people have increased lucid dream activity when using Wild Asparagus Root.

6. Bobinsana (Calliandra augustafolia) – It is found in regions of Ecuador, Columbia, Peru, Brazil and Bolivia. It produces an abundance of pretty pink to reddish powderpuff-like flowers. The tree also produces a usable resinous gum. In the Amazon many indigenous peoples use bobinsana for its pain relieving, fever reducing and uterine tonic effects. It is also traditionally used to produce vivid dreams often pertaining to a person healing traumas and illnesses.

7. Mexican Tarragon(Tagetes Lucidum) – In Latin America the flower is one of the symbols representing the Day of the Dead celebrated annually. For example they are used as (“offerings”) or ofrendas in order to decorate and appreciate the graves of deceased family in honor of their deaths. Also used as an incense,dye, for flavorings in soups and meat dishes. Mexican Tarragon is great as a Dream Recollection herb and brightens dreams in general. It can be used for meditations and ceremony work as well. It is also used for its anti-viral properties.

8. Celastrus (Celastrus Paniculatus) – Celastrus is known as the Elixir of life. It has a powerful mind sharpening/memory enhancing effect and is used to promote longevity. Great for studying or to keep focused for long periods of time. People with ADD, ADHD, Brain damage, Epilepsy, Memory problems and Alzheimer’s disease may benefit greatly from this plant. Not only does it have potent memory enhancing effects during waking hours it also increases dream recollection significantly. A great way to fill your dream journal up in no time at all!

9. African Dream Bean (Entada Rheedii) – The species can be found in parts of Asia, India and Australia. Many different tribes have many different uses for this plant. Some tribes believe the seeds possess magical properties that imbue the user with good luck. Traditionally in certain parts of Africa the seed is used to induce vivid dreams, enabling the user communication with the spirit world.

10. Blue Lotus (Nymphaea Caerulea) – This herb can be deeply relaxing for the body and the mind. Its soothing qualities make it great for meditation and yogic practices. The lotus is revered in many cultures as being a sacred and holy flower. In Hinduism the lotus flower is considered to hold the highest sacred energy. Since it is known to be used for its deeply relaxing qualities, it can aid users natural ability to dream, essentially making it easier at becoming lucid.

Now that you you have some super hero herbal knowledge you can put it to the test! Keep in mind though these herbs are quite amazing! They are not for everyone. If you are pregnant, breastfeeding, take medications or have a medical condition talk with your doctor or certified practitioner before using.

If your interested in learning more about dream herbs please visit http://www.dreamcatcherbotanicals.com/#!dream-herbs/c1abm

Not nearly as well-known as Ayahuasca, but every bit as miraculous, Salvia Divinorum is a small leafy shrub growing in Southern Mexico’s Oaxaca province that is one of nature’s master healing herbs with significant psycho-spiritual effects.