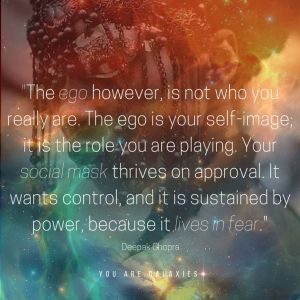 In the focusing of consciousness on the plane of differentiation, the process is broken into forms and colours, moments of time, fields of space. In the breaking up of consciousness, something gets caught, causing mental inertia. Cosmic spirit can only manifest in and through a material matrix, but it cannot manifest without mind, or without the energy that brings about the fusion of the matrix and what is potentially present in spirit. This is why, in all spiritual disciplines, the battleground is the mind. The fact that the mind becomes dual is the price paid for self-consciousness and this price involves both self-limitation and the limiting of other selves. This limitation is reinforced by religious beliefs that foreshorten the age of man and the earth, and also by constricting fears of death and decay, whether applied to human lives or collectively to a culture. There is a consequent increase in the inability of consciousness to free itself from its frozen identification with a particular aspect of the differentiated field which is at best only a veil cast over the greater life process. At the very core of the life process all worlds are potentially present. In addition to a particular differentiated field, an infinite number of potentially differentiated fields lie latent in a pregenetically differentiated state. This is the core of reality in the realm of divine thought called Mahat, the realm in which Mahatmas abide. It is also at the heart of cosmic Eros or Fohat.

Whether one examines the collective structure of society or an individual in a nuclear family, one will find myriad ways in which human beings transfer anxiety and limitations to each other. Not all human beings are equally trapped, nor are they all prey to the same kinds of illusions. Some individuals are perpetually subject to delusive expectations of worldly success. Their experience is painful and it seems they never truly learn. There are others who experience violent reactions, and just because there is so much violence in their reaction, they are bound equally at the extreme points in the oscillation between optimism and pessimism. Still others seem to be shrewd and subtle in leaving possibilities open by negating their involvements intuitively and unconsciously, even though they may not have any metaphysical map to guide them. There are always a few everywhere who are reminiscent of the great galaxy of beings who are awake during the long night of non-manifestation. They self-consciously begin with a certain thread of awareness, and those who know them from an early age may sense how calmly they are going to lay aside their mortal vestures in the end. Theirs is a beautiful, self-conscious reflection, though guarded and veiled, within the lesser vehicles and ordinary orbits of profane existence. While other human beings are cursing life and themselves, these heroic pioneers move as if they are constantly making an inward advance towards that which they knew early in life, and to which they will be true until the end.

The difference between human beings has to do with previous lives, and with the sad fact that many human beings seem to gravitate again and again in the same direction in which they had formerly been trapped. Given a sufficiently vast period of evolution, all human beings require in some sense to be where they are and need their illusions. This is true metaphysically and in regard to evolution as a whole. But under the law of cycles, in certain periods of history and at crucial moments in the present, people come to a parting of the ways, a moment of choice. It is as if they sense that if they do not do something, they are going to be left behind. One cannot hold down high souls who have work to do in regard to human evolution, who are going to sow the seeds for the harvest of tomorrow. One cannot expect them to be held back by those who are born then under karma, even though unwilling or unready to put themselves in that posture where they confidently affirm their right to belong to a larger life. This is part of the complex process of the dying of a civilization or an epoch, and of the coming to birth of a new order through a long and painful gestation. Ultimately, then, fragmentation and entrapment of consciousness cannot be understood solely in terms of the interdependence between human beings, or the differences between people bound up with the same illusions and those with the courage to break them. The missing term in such an account is the confrontation between self-consciousness and the void.

If life after life every time one starts to negate and encounters the void, one flees back into the world, a pattern is established which cannot be sustained indefinitely. Suppose that such an individual comes into contact with beings who have gone through the void and see no difference between the void, themselves and all other beings. Such Men of Meditation do not entertain any emotions below the level of cosmic Eros, and they do not engender any thought-currents except those in the context of Mahat, the universal mind. Contact with such beings is an immense opportunity but also an immense challenge, an instrument of precipitation. The entire riddle of the entrapment of consciousness, when moved from the general plane to a particular person, can only be solved by the individual. The perspective can be given, the metaphysical maps provided, but each person must examine why he or she is in a particular condition in terms of memories, feelings or ideas. By keeping in the forefront of awareness a conception that is larger than any habitual view of self, and with the assurance that there are those who have been able to resolve for all what individuals find so difficult to resolve for themselves, each will be helped. In the end, each must plunge into the stream. All must engage in individual self-study, asking again and again, “What is important to me? What am I prepared to let go? Have I the courage to die and be reborn?” A person who is in earnest will, without losing a sense of proportion and humour, set aside periods in which to take specific steps in the direction towards the Path. This centres upon what H.P. Blavatsky called the mystery of the human ego, the mystery of each human being.

The need for self-study bears directly upon the discovery of the thread of individual continuity, the sutratman. This thread of consciousness in every person is only an aspect of the monadic essence of which one is a ray. It is what makes of a person a monad, a particular being or an individual, separate only in the functional capacity to reflect the universal. Every human being is a unique lens capable of self-consciously reflecting universal light. If that is what all individuals are in essence, when they are manifesting through personalities bound up with name and form and involved in the world of differentiated matter, they become caught up in a psychic fog that obscures the clarity of the monadic vision of the true meaning and purpose of the pilgrimage of life. Nevertheless, in that fog there remains a residual reflection of what the monad in its fullness knows. This is what may be called the golden sutratmic thread within every human being. The thread is activated during deep sleep, but during waking life it cannot very easily be activated. It is involved in the baby’s first cry at birth, and is glimpsed at the moment of death. It can be self-consciously activated in meditation. 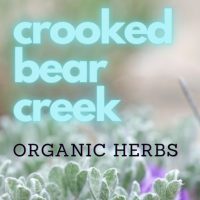 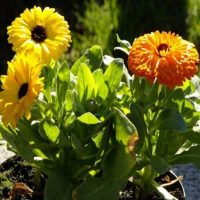