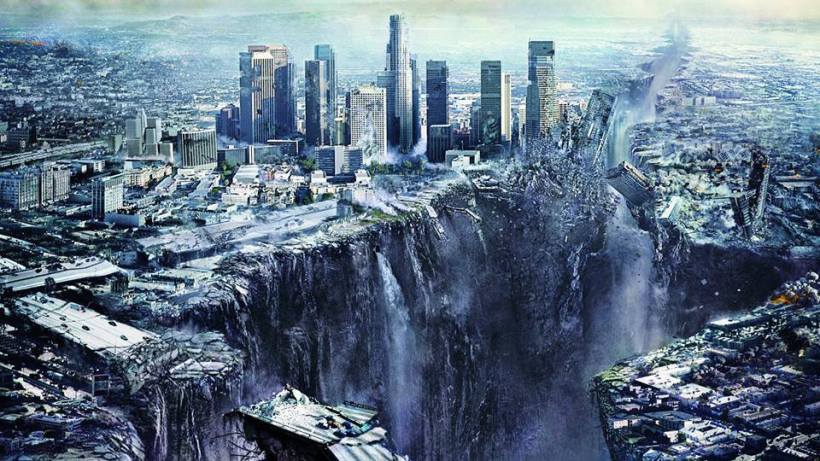 “The Cascadia fault is an earthquake waiting to happen,” Kaku stated. “We know it’s going to happen with an energy 30 times the maximum energy of the San Andreas fault.”

“It is coming. It is a certainty […] more than ten-thousand will die,” says Fox News anchor Shepard Smith

“Seattle, Tacoma, Portland, and Olympia, Salem and Eugene wiped out. Altogether about 7 million people and that’s not including tourists.”

“Forget all the Hollywood hype about the San Andreas fault. We’re talking about an earthquake, a 9.0, similar to what devastated northern Japan, which killed over 15,000 people and caused a quarter of a trillion dollars in property damage,” said Kaku, who is also CBS News’ science and futurist contributor. 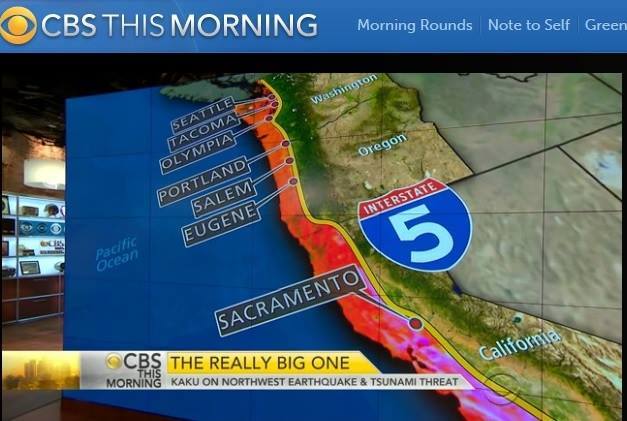 Kaku said Hollywood has “brainwashed” people into thinking that California is where the next massive earthquake will hit.

He added that before the mega-quake actually hits, there is a compression wave that is detected by animals.

The massive quake, with a magnitude of up to 9.2, would last about four minutes, according to seismologists, with a wall of water following about 15 minutes later.

Kaku said he’s concerned that many of the 70,000 residents in the potential “inundation zone” have very little knowledge about this risk. 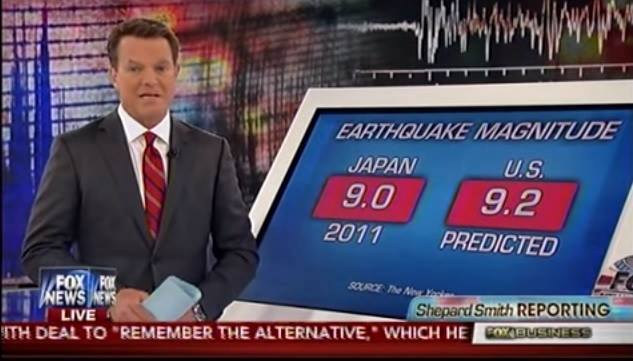