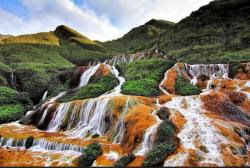 We’ve allowed this culture of money to shut down our heart, close off access to our soul, and drive us such that we behave in ways that undermine and erode the very center and core of our most human values. I believe it’s possible to transform our relationship with money and the culture of money that we’ve created in a way that resources continue to flow, that prosperity continues to be available, and that all of us can be served, nurtured and empowered to more fully express who we are as the human family.

I learned a lot about money from a woman named Gertrude.

I met her in a church basement in Harlem. I was doing a small fundraising event for The Hunger Project. I had come from Minneapolis where I had met with an executive of a large food company. The food company had an image problem and felt that making a donation to The Hunger Project and being seen to support the end of hunger might help clean up its image. The executive I met with had given me a check for $50,000—but he gave me the donation basically to get me to go away, to assuage his guilt about some public mistakes the company had made and to have the company look good in the eyes of the public. I could tell in the interaction we had that he had no real interest in connecting with resource-poor people or in making any kind of a difference in the work to end world hunger. The money was given from guilt, and the guilt was passed along with the money. I now felt guilty receiving it. I had received the money and the guilt. And both he and I were unfulfilled.

I had the $50,000 check in my briefcase, which sat behind me on a table in the basement of the Harlem church. There were 75 people gathered before me. All of them were black. It was raining and there were leaks all over the room we were in. There were buckets strategically placed all around us catching the dripping water and there was a constant background noise of the rain outside and the dripping from the leaking walls and ceiling. I looked out at the audience and I knew that the people sitting there did not have much to give. I spoke to them about The Hunger Project’s work in Africa, as I thought it would be the most relevant to their own lives and their heritage. When it came time to ask for donations, my palms were sweating and I began to perspire all over wondering if it was the right thing to do. I went ahead and made the request, and the room was absolutely silent.

After what seemed like a long, long time, a woman named Gertrude stood up. She was sitting on the aisle in the second row from the back. She was in her late sixties or early seventies. She had gray hair and when she stood up she was tall, thin, erect and proud.

She said to me, “I ain’t got no checkbook. I ain’t got no credit cards. To me, money is a lot like water. For some folks it rushes through their life like a raging river, but the money comes through my life like a small trickle. But I want to pass it on in a way that does the best good for the most folks. I see that as my right and as my responsibility. It’s also my joy. I have $50 in my purse that I earned from doing a white woman’s wash and I want to give it to you.”

She walked up the aisle and gave me her precious $50 and at that moment I saw the power of money in a new way.

I knew that the $50 that I received from Gertrude would buy more for the end of hunger than the $50,000 check in my briefcase. I knew that that $50 was money that came from the soul and not from some bank account. I saw that the power of money can be seen in the way we use it and the integrity with which we direct it into the world. Gertrude taught me a great lesson and I never forgot it.

As Gertrude tells us, we can look at money like water. It flows all over the planet and everywhere it goes it’s useful, it makes things happen and it’s passed along. We could say that water doesn’t belong to any of us or it belongs to all of us. When water is flowing and moving it cleanses, it purifies, it makes things green, it creates growth, it nurtures. But when water starts to slow down, is held back and starts to be still, it can be toxic and stagnant to those who hold it. All of this can be true of money.

It’s possible to have money flow in a way that serves our highest ideals and commitments rather than accumulate it so that we can gain power, authority and special privileges over others. Money can bear the mark of he or she who passed it on and in many ways can be voice, expression and commitment.

What does looking at money like water mean to you?

Can you share a personal experience of a time you felt money flow in a way that served your highest ideals?

What practice helps you engage with money in a mindful manner?

Wealth is pouring into my life.

To have much wealth
and ample gold and food,
but to enjoy one’s luxuries alone —
this is a cause of one’s downfall.

Conviction is a person’s highest wealth.
Dhamma, when well-practiced, brings bliss.
Truth is the highest of tastes.
Living with discernment, one’s life is called best.

Translated from the Pali by Thanissaro Bhikkhu